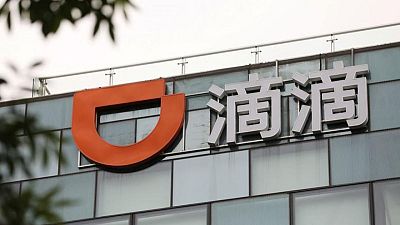 -China’s ride-hailing firm Didi Global on Wednesday reported a 1.7% decline in third-quarter revenue, as its domestic business took a hit from a regulatory crackdown.

Daniel Zhang, the chief executive officer of Chinese e-commerce giant Alibaba Group Holding, who had served as a director on Didi’s board since 2018 has resigned, the company said.

He is succeeded by Yi Zhang, a senior legal director of Alibaba Group.

Chinese authorities have come down hard on Didi, after its New York Stock Exchange listing in June, demanding it take down its app from mobile app stores while the Cyberspace Administration of China (CAC) investigated its handling of customer data.

The restriction hit Didi, co-founded in 2012 by former Alibaba employee Will Wei Cheng and backed by SoftBank Group, which was the dominant ride-hailing company in China.

Under pressure from Chinese regulators concerned about data security, Didi in December decided to delist from the NYSE and pursue a Hong Kong listing.

Shares of Didi, which had soared in their IPO giving the company a valuation of $80 billion and marking the biggest U.S. listing by a Chinese firm since 2014, have since declined 65%.

Didi said on Wednesday its board had authorized it to pursue a listing of its class A ordinary shares on the main board of the Hong Kong Stock Exchange.

“The company is executing above plans and will update investors in due course,” Didi said.

Didi, which is expanding its presence in Europe and South America, said revenue from its international operations nearly doubled to 966 million yuan in the quarter.