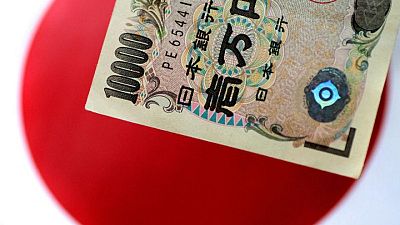 NEWYORK -The dollar edged higher in thin trading on Tuesday, helped by safe-haven flows as worries over the spread of COVID-19 sapped a multi-day rally in equity markets, and on expectations the Federal Reserve could raise interest rates as early as March.

The S&P 500 opened at another record high, extending a four-day rally, but then pulled back, while the Nasdaq was in the red the entire session, as investors eyed Omicron-driven travel disruptions and store closures.

“The losses on the Nasdaq are keeping the market a little bit anxious and favoring the U.S. dollar as a safe place to position [investors] over the next few days,” said Amo Sahota, director at Klarity FX in San Francisco.

But ultimately, market volumes are low due to the holidays any moves may have been exaggerated, he noted.

“Most people just want to wrap up and get their work done and then get out, so I don’t think we’re going to get very much movement here,” he said.

The greenback is up nearly 7% in 2021, helped by growing expectations that the Fed will raise interest rates sooner than other central banks.

Fed funds futures are pricing better than 50% odds for a first quarter-point rate hike by March, odds that were “unheard of just two weeks ago,” Trevisani said.

The Fed said in a policy statement on Dec. 15 it would end its pandemic-era bond purchases in March and pave the way for three quarter-percentage-point interest rate hikes by the end of 2022 as the economy nears full employment and inflation continues to surge.

The safe-haven yen inched higher after having touched a one-month low against the dollar during the Asian session.

The Australian dollar, often considered a liquid proxy of risk appetite, was down 0.24% at $0.72225, after having hit its highest level against the greenback since Nov. 22 overnight.