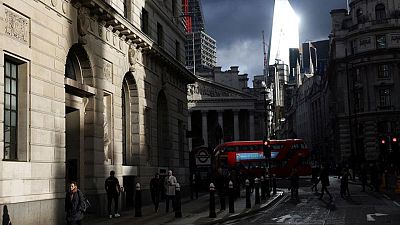 NEWYORK -Libor, or the London Interbank Offered Rate, which had $265 trillion linked to it globally at the start of 2021, is being phased out for the most part on Jan. 1.

Here are some of the alternative benchmarks that global authorities have recommended as more transparent replacements for Libor:

SOFR, a broad measure of the cost of borrowing cash overnight collateralized by Treasury securities, was designed and implemented by the New York Fed and the U.S. Treasury Office of Financial Research and launched in mid-2018.

The reformed SONIA was launched in April 2018 and is based on the average of interest rates banks pay to borrow sterling from one another outside market hours, and is vetted by the Bank of England.

ESTR is based on daily, verifiable money market transactions in the euro zone, and has been published by the European Central Bank since October 2019.

SARON is based on secured transactions in the most liquid segment of the Swiss money market and has been calculated and published by Swiss stock exchange operator SIX and the Swiss National Bank since 2009.

The Bank of Japan publishes TONAR, a measure of borrowing in the Japanese yen unsecured overnight money market, in existence since 2016, as the preferred rate alongside a reformed version of TIBOR.