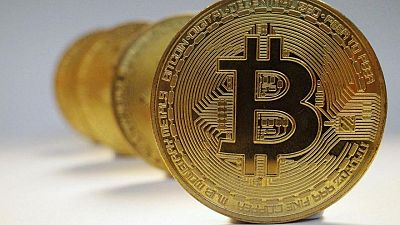 By Hannah Lang and Katanga Johnson

– The U.S. Securities and Exchange Commission vetoed two proposals to offer bitcoin exchange-traded funds, dealing a blow to market participants who had hoped the agency would green light the effort after approving futures-backed bitcoin funds in October.

In a notice dated Wednesday, the markets regulator said both of the proposals to list and trade shares of Valkyrie Bitcoin Fund and the Kryptoin Bitcoin ETF Trust failed to be approved because they did not meet its standard.

“(These proposals) do not meet the standard of being designed to prevent fraudulent and manipulative acts and practices and to protect investors and the public interest,” the SEC said.

ETFs are investment tools that track baskets of stocks and have become popular due to their lower fees. A Bitcoin ETF, which provides exposure to the digital currency, aims to save the hassle of buying the cryptocurrency from an exchange and managing the private keys.

Industry groups and stock exchanges have long sought to gain approval from the SEC on these products.

Democratic SEC Chair Gary Gensler and investor advocates, however, worry about what they see as a lack of regulatory oversight and surveillance which heightens the potential for fraud and manipulation, they have said.