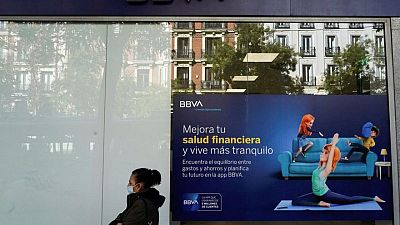 LONDON – France’s BNP Paribas and U.S. firm State Street Corp are vying to buy the custody business of Spanish lender BBVA and have made indicative bids for the unit as they battle to build scale, three sources told Reuters.

BBVA launched the sale of the unit during the summer and is working to draw a shortlist of bidders to be admitted to the final stages of the auction early next year, the sources said, speaking on condition of anonymity.

The sale, valued at about 500 million euros ($566.50 million), has also drawn interest from Credit Agricole, Royal Bank of Canada and BNY Mellon, the sources said.

Madrid-based Cecabank has also come forward with an offer, one of the sources said, cautioning it may struggle to compete with larger international players.

BBVA, BNP and Cecabank declined to comment while the other companies were not immediately available.

Banks’ custodian services departments look after assets for clients in return for fees. But custody is a low-margin business and growing competition is making scale important, raising pressure on banks to carve out and sell their operations.

“You need to generate heavy volumes for these operations to make sense as margins are low,” one of the sources said.

The French lender is one of Europe’s main players in custody and has been working on an offer for the BBVA unit for several months, one of the sources said.

Its decision to part ways with the unit follows a similar move by Santander which combined its custody and asset servicing operations with those of Credit Agricole in 2019 and retained only 30.5% of the merged entity. ($1 = 0.8826 euro)