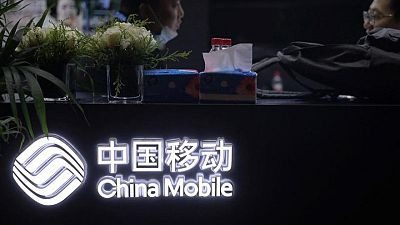 -China Mobile aims to raise up to 56 billion yuan ($8.8 billion) in what could be the country’s biggest public offering in a decade, a year after being kicked off the New York Stock Exchange.

China Mobile said in a prospectus that it plans to sell up to 845 million shares at 57.58 yuan apiece, raising as much as 48.7 billion yuan before an over-allotment option is exercised.

After that option is fully exercised, it will raise up to 56 billion yuan, making the public share sale China’s fifth-biggest on record, according to Refinitiv data. It would also be China’s biggest listing since Agricultural Bank of China’s public offering in 2010.

China Mobile said proceeds from the offering would be used to develop projects including premium 5G networks, infrastructure for cloud resources and intelligent ecosystems.

The three were delisted from the New York stock exchange after a Trump-era decision to restrict investment in Chinese technology firms, which has been left unchanged by the Biden administration amid continuing tensions between Washington and Beijing.

According to accounting firm EY, five of the top 10 Hong Kong listings in 2021 were secondary listings of U.S-listed Chinese companies, including Baidu and Bilibili Inc, and the trend of Chinese companies coming home will continue.