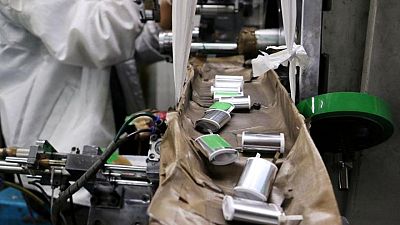 Huayou, the world’s biggest cobalt refiner in 2020, has been looking at investing more in lithium projects in China and overseas to add to its battery metal offering, a company executive told Reuters in September.

Both lithium and cobalt are key ingredients in electric vehicle (EV) batteries.

Sichuan New Energy said it had signed a strategic cooperation agreement with Huayou Holding, parent of Zhejiang Huayou Cobalt, under which the partners will collaborate in producing lithium chemicals, as well as in the acquisition and development of important mineral resources at home and abroad.

Under the agreement, which is valid for three years, Huayou has also signalled its intent to buy lithium chemicals from Sichuan New Energy, the latter said in its filing, adding that the two sides would jointly build a lithium battery recycling base for Sichuan or even Southwest China as a whole.

Sichuan New Energy, which is branching out into the lithium battery industry after previously focusing on making agrichemicals and fertilisers, did not put a value on the agreement or specify intended project capacities and locations.

Daiwa Capital Markets analysts said Sichuan New Energy owns a 62.75% stake in the Lijiagou lithium mine in Sichuan province, which is set to start up in 2022 with capacity to produce 1.05 million tonnes of lithium ore annually. The other 37.25% is held by Tesla supplier Sichuan Yahua Industrial Group.

The wave of new project proposals in the Chinese lithium industry in recent months comes as battery-grade lithium carbonate prices in China have more than quadrupled this year to record highs on resurgent EV demand.