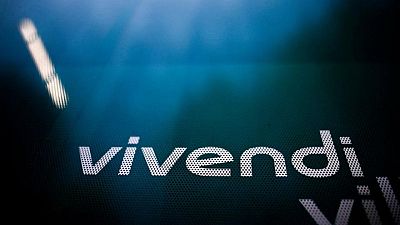 MILAN -Telecom Italia’s (TIM) top investor Vivendi is considering pushing for a board reshuffle at the Italian phone group in an attempt to oust former CEO Luigi Gubitosi, according to four people familiar with the matter.

The boardroom battle comes at a crucial juncture for TIM, which is due to meet on Friday to discuss how to respond to a 33 billion euro ($37 billion) takeover proposal from U.S. fund KKR.

However he did not step down as a board director, preventing Pietro Labriola, who was named general manager and who sources said was seen as a likely CEO candidate, from joining the board.

A TIM spokeswoman on Thursday reiterated that a search for a new CEO was still ongoing as indicated by the group in its Nov. 26 statement.

Labriola, the head of TIM‘s Brazilian unit, was promoted to general manager pending a free board seat.

If Gubitosi does not resign as a director at the Friday meeting, France’s Vivendi is considering pushing for the board revamp, according to two of the sources.

The two people said that, should Vivendi choose that course of action, it would request an extraordinary shareholder meeting to be called to appoint a new board, a move that would need the board’s backing to go through.

A board revamp could also be triggered by the resignation of a majority of directors.

Even if another board member decided to step down and thus opened up a seat for Labriola, this is unlikely satisfy Vivendi, which wants Gubitosi out, the two sources said.

Nonetheless, Vivendi is also considering seeking a board reshuffle because it wants to map out an alternative plan to KKR‘s to relaunch the group, the people added.

KKR‘s proposal exposes Vivendi to a capital loss on its 24% TIM stake. In acquiring the holding, the French media group spent more than twice the 0.505 euros per share KKR is offering.

Vivendi, which has a 24% stake in TIM and two of its 15 board seats, is seeking the support of Italian state investor CDP for its board revamp plans, one of the sources said.