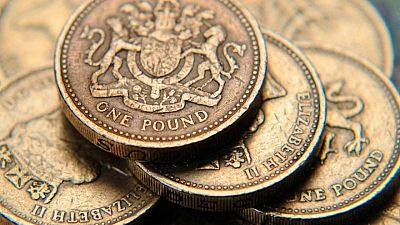 -Gilt yields jumped, the pound rallied and British bank stocks surged on Thursday after the Bank of England unexpectedly raised its policy rate by 15 basis points as inflation pressures mounted in Britain.

The BoE becomes the world’s first major central bank to raise borrowing costs since the coronavirus pandemic as it expects inflation to hit 6% in April, three times above its policy target.

The decision to raise interest rates wrongfooted markets who had predicted policymakers to hold fire in the backdrop of the raging Omicron variant of coronavirus sweeping across the country.

It was a second policy decision in as many months that have caught markets off guard after it kept rates on hold in November.

“My initial thoughts are one of surprise given that they failed to raise rates in November and they clearly appear to have regretted that decision given that inflation has surprised to the upside and jobs numbers were good,” said Chris Scicluna, head of economic research at Daiwa Capital Markets in London.

Yields on British government bonds, known as gilts, jumped following the decision and rose as 8-9 basis points on the day to their highest in over two weeks.

Data this week showed British inflation surged to its highest in more than 10 years in November and far exceeded expectations at 5.1% even as employers hired a record number of staff.

The surprise rate hike prompted traders to push back their bets on subsequent rate hikes, with markets now expecting roughly 15 bps of hikes at the Bank of England’s February meeting, down from nearly 23 bps before the vote.

The yield curve between two and 10-year bonds narrowed to the flattest since October 2020 at 23.6 bps, continuing a trend in recent weeks which analysts say expresses concern that early rate hikes may hurt future growth prospects.

But reaction on broader equity indexes was more muted with the internationally exposed FTSE 100 index reducing gains to 1% on the day given sterling’s rise.

“Still, the wage numbers suggest fears of second round effects from inflation are a bit overdone,” Daiwa’s Scicluna said.

As part of the decision the BoE also cut its growth forecasts for December and the first quarter of 2022 because of the spread of the Omicron variant.