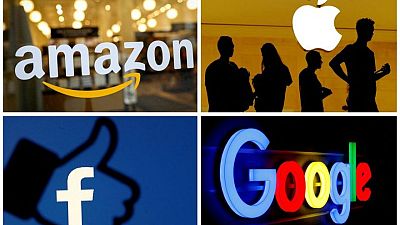 BRUSSELS – EU lawmakers voted on Wednesday to beef up draft rules to rein in U.S. tech giants, including extending the scope to their retailing activities and to their business users outside Europe, as part of their common position in forthcoming talks with EU countries.

The Digital Markets Act (DMA), unveiled by EU antitrust chief Margrethe Vestager last December, sets out a list of dos and don’ts for U.S. tech giants designated as online gatekeepers with fines up to 10% of global turnover for violations, a global first.

The lawmakers’ proposal would also make it easier for users to switch default settings on their services and products to rivals.

They want the Commission to do an annual report on gatekeepers, with the possibility for lawmakers to propose investigations into new services and new products.

“It sends a clear message that in our EU democracy it is not for BigTech to set the rules of the game, it is for legislators,” she said in a tweet.

Lawmakers will now have to reconcile their proposal with that of EU countries and the Commission next year before the draft rules can become law.