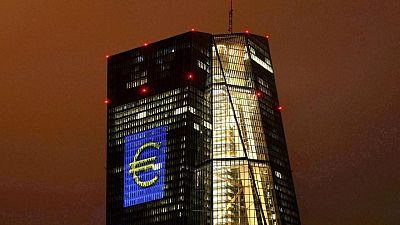 FRANKFURT – The European Central Bank cut stimulus further on Thursday but promised copious support for 2022, confirming its relaxed view on inflation and indicating that any exit from years of exceptionally easy policy will be slow.

The bank said it would continue to cut bond buys under its 1.85 trillion euro Pandemic Emergency Purchase Programme next quarter and will wind down the scheme as expected next March.

It will ramp up bond buys under its longer-running but more rigid Asset Purchase Programme, however, keeping the ECB active in the market. The central bank for the euro zone has said it considers a spike in inflation to be temporary.

It will buy 40 billion euros of bonds under the APP in the second quarter, 30 billion euros in the third quarter, then from October onwards, purchases will be maintained at 20 billion euros, for as long as necessary to reinforce the accommodative impact of its policy rates.

“The Governing Council judges that the progress on economic recovery and towards its medium-term inflation target permits a step-by-step reduction in the pace of its asset purchases over the coming quarters,” it said.

Although analysts expect the ECB to cut its bond purchases in half by April from now, the effective cut is likely to be much smaller as fresh government issuance is expected to fall, so the ECB will continue to hoover up most of the new debt.