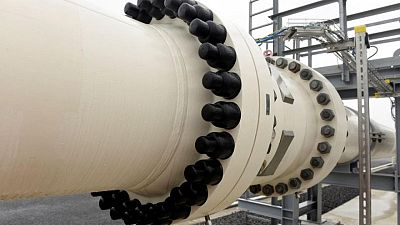 BRUSSELS – The European Commission on Wednesday proposed rules allowing EU countries to jointly buy strategic reserves of gas, under plans that would also bolster gas storage and aim to add more low-carbon gases to the network.

European Union countries including Spain, Greece and Romania have called for joint gas buying, a move they say would help shore up supplies. Gas prices surged to record highs in recent months, stoked by factors including high demand and lower-than-expected exports from Russia.

The European Commission has responded by proposing a system by which countries’ transmission system operators (TSO) could jointly buy strategic stocks of gas, which could be used in an emergency situation of severe scarcity.

Participation would be voluntary and countries would first need to notify the Commission, sharing details including the volume to be bought, the operating procedures to activate the supply in an emergency, and expected costs and benefits.

EU countries would also need to include storage in their regional assessments of gas supply risks, including relating to foreign ownership of storage infrastructure, under the Commission proposal. If they identify risks, countries should consider measures such as obliging TSOs to buy strategic stocks.

Officials from some other EU states have said they do not expect their countries to take part in such a scheme.

The EU executive body’s proposal will not take effect in time to combat the gas price spike this winter. It could face months of negotiations between the European Parliament and EU member countries, who must approve the rules and who disagree on the role of gas in the energy transition.

The proposal would require countries’ long-term fossil gas contracts to end by 2050, the date by which the EU has pledged to reach net zero greenhouse gas emissions. Fossil gas provides roughly a quarter of EU energy, with 90% of it imported.

To push more low-carbon gases into the grid, TSOs would be required to accept fossil gas with a blend of up to 5% hydrogen from 2025 at cross-country interconnections, while hydrogen network operators would have to cooperate at EU level to help develop a market.

The EU has said its gas use must drop 25% by 2030, from 2015 levels, to meet climate goals and that a shift to locally-produced renewable energy is its long-term defence against supply issues and the volatile price of imported fossil fuels.