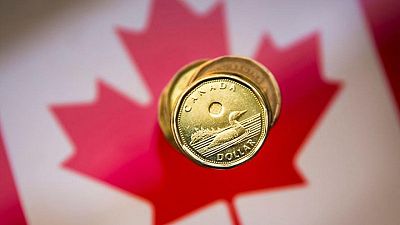 OTTAWA -Canada is still prepared to impose a tax on corporations providing digital services if need be, the finance ministry said on Tuesday in an announcement set to irritate the United States.

Canada unveiled the proposed measure in the April budget, saying it would stay in place until major nations come up with a coordinated approach on taxing digital giants such as Alphabet Inc’s Google and Facebook Inc.

The Organisation for Economic Cooperation and Development (OECD) has since agreed a common approach to ensure such firms pay their share of taxes, but a treaty to enforce this has yet to be implemented.

In a fiscal update, the finance ministry said the new tax would be imposed Jan. 1, 2024 if the international treaty had not come into force. In that event, the tax would be payable on revenues earned as of Jan. 1, 2022.

“It is the government’s sincere hope that the timely implementation of the new international system will make this unnecessary,” the update said.

Google expressed its disappointment. A move by Canada to impose a tax “would undermine the multilateral consensus and raise prices for Canadians. We hope it will reconsider,” said spokesman Jose Castaneda.

“In a period of increasing trade tensions, this is another poke in the eye towards the United States,” said Mark Agnew of the Canadian Chamber of Commerce said by email.

Canada last week threatened to impose tariffs on a range of American goods unless U.S. legislators vote down a plan to offer tax credits on American-made electric vehicles.