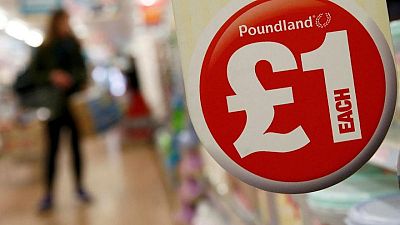 LONDON -Pepco Group, owner of European discount retailer brands PEPCO, Poundland and Dealz, said on Tuesday it would enter the German market in 2022 as it reported a 46% jump in annual core profit, after it opened new stores.

Pepco, which listed on the Warsaw stock market in May with a valuation of 5 billion euros ($5.7 billion), now trades from more than 3,500 stores in 17 countries, employing 40,000 people.

Chief Executive Andy Bond said the group planned to accelerate growth in Spain, Italy and Austria in the 2021-22 financial year that began on Oct. 1 and would also open a small number of stores in Germany, probably in the spring.

He said Italy and Spain had a market size the same as eastern Europe, where the group has a major presence, while the German market was the same size as Spain and Italy put together.

Pepco said its underlying earnings before interest, tax, depreciation and amortisation (EBITDA) came in at 647 million euros ($730 million) in the year ended Sept. 30, in line with guidance. Revenue rose 19.3% on a constant currency basis to 4.12 billion euros as it opened 483 new stores.

The group said it continued to face commodity inflation and higher shipping costs alongside supply chain disruption at the start of its new financial year. But it said it could mitigate the impact.

It said it was monitoring the emerging new wave of COVID cases across Europe that had resulted in new government-mandated restrictions in some of its operating territories.

“Based on our understanding of the current level of COVID impact on revenue and costs we are confident in delivering full-year profit growth in line with historic levels,” it said.