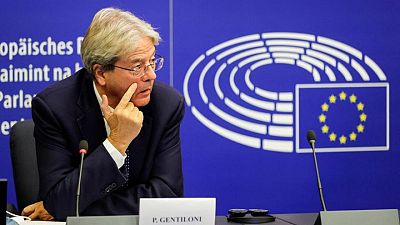 BRUSSELS – The European Union’s idea of jointly borrowing for joint goals, such as for the post-pandemic recovery, could be used again by the EU if the implementation of the recovery scheme is a success, European Economic Commissioner Paolo Gentiloni said on Monday.

In an unprecedented move to prevent economic fragmentation due to the COVID-19 pandemic, European Union countries agreed last year to jointly borrow 800 billion euros ($903 billion) and spend them on rebuilding their economies greener and more digitised.

The joint borrowing was seen by many as breaking a taboo and financial markets greeted the decision with enthusiasm, prompting speculation if the recovery fund, called Next Generation EU, could be transformed into a more permanent arrangement — something many northern European countries are strongly against.

“Indeed it was an extraordinary decision,” Gentiloni told the European Parliament’s budget committee in Strasbourg during a hearing in response to a question from a lawmaker.

“But we should recognise the fact that it was conceived as a one-off — it is in the legal acts. Does this mean that this kind of methodology to raise common resources for a common goal could never be used again in the EU? I don’t think so. I think this could happen, this has nothing to do with making (it)permanent,” Gentiloni said.

“But for this we need success with implementation of the Next Generation EU and in the challenge of raising stronger own resources,” Gentiloni said, referring to dedicated revenue streams to the EU budget from which the 800 billion euro borrowing is to be repaid.

Under the scheme each of the EU’s 27 countries will get grants and cheap loans to invest in reducing carbon dioxide emissions and in making economies more fit for the digital age.

The money for the projects will come from the Commission, which will pay it out to governments in tranches until 2026, on the completion of jointly agreed milestones and targets.

The Commission has already disbursed 54 billion euros in pre-payments to 18 countries to get projects going. Further pre-payments are in the pipeline as 22 countries have already had their spending plans approved by the Commission in line with the EU’s joint goals.

Of the remaining five countries, approval for the Netherlands and Bulgaria’s plans has been delayed due to changes in government in those countries, and the Commission said good progress has been made in approving Sweden’s programme.

Approval for Poland and Hungary’s spending plans, however, faces bigger challenges because the EU executive says Poland does not meet the requirement of having an independent judiciary while Hungary has problems with corruption — both issues that endanger the proper spending of EU funds.