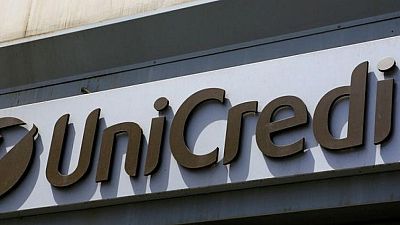 MILAN – UniCredit wants to grow its domestic footprint and could consider tie-ups in Italy and abroad, but has no interest in the country’s biggest insurer Generali and its top shareholder Mediobanca, CEO Andrea Orcel said in a newspaper interview.

UniCredit, Italy’s No.2 bank by assets, on Thursday unveiled a three-year plan https://www.reuters.com/markets/europe/unicredit-targets-2024-net-profit-above-45-bln-euros-2021-12-09, pledging to return to investors 16 billion euros ($18 billion) by 2024, or virtually all of the profits generated during the period.

Provided UniCredit delivers on the plan, the payout goal would leave intact the bank’s excess capital reserves, giving it room to consider potential mergers and acquisitions.

In an interview with Italian daily Il Sole 24 Ore published on Saturday, Orcel reiterated that the group could consider M&A deals that strengthen its franchise and its shareholder return plans.

However, he quashed speculation that UniCredit could be interested in Generali or Mediobanca.

“I don’t believe in tie-ups between banks and insurers. They do not work,” Orcel said.

“Neither we’re interested in managing financial holdings,” he said in reference to Mediobanca’s 13% stake in Generali, from which it reaps a sizeable share of its income.

Orcel’s track record as one of Europe’s most experienced dealmakers has fuelled speculation he could seek a deal involving UniCredit, after predecessor Jean Pierre Mustier unsuccessfully tried to strike a cross-border merger.

In October he walked away from a possible rescue deal for state-owned rival Monte dei Paschi because Italy’s Treasury refused to meet his terms.

While Mustier sought to reduce UniCredit’s exposure to its debt-laden home country, Orcel repeated the bank wanted to grow domestically, noting its recent success in gaining market share with the help of new consumer finance products.