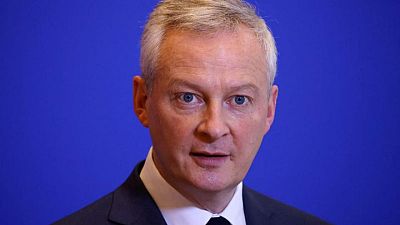 The European Commission loosens its usually strict state aid rules for Important Projects of Common European Interest (IPCEI) that involve several member states and are deemed to contribute to EU strategies such as the energy and digital transition.

“France is going to put a total of 8 billion euros in these joint European projects that will allow us to rival the best technological standards worldwide, notably China and the United States,” Le Maire told a news conference.

Outlining France’s priorities during its six-month presidency of the European Union from January, Le Maire said France had earmarked 1.5 billion euros for an existing IPCEI for car batteries creating 2,000 jobs at the project’s French factory.

He said another 1.7 billion euros would go to semiconductors, a sector hit by massive shortages worldwide, snarling supply chains for car manufacturers in particular as demand recovers from the impact of the pandemic.

The investment would help Franco-Italian semiconductor maker STMicroelectonics bring its weekly production from 6,800 chips to 8,000 in Crolles, southeastern France.

Lastly, 300 million euros were set aside for developing data storage in French or European cloud networks to the benefit of French groups OVH, ATOS and Orange, Le Maire said.