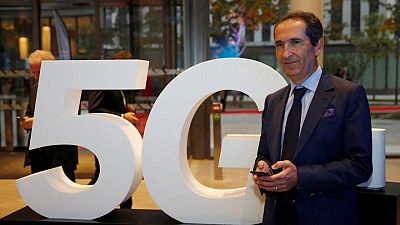 By Paul Sandle and Kate Holton

LONDON – The biggest shareholder in Britain’s BT, Franco-Israeli telecoms entrepreneur Patrick Drahi, will be free to make a takeover offer for the company from next week after a standstill agreement preventing such a move expires.

With shares in the owner of Britain’s nationwide network still 65% below 2015 highs, speculation has swirled that it could become vulnerable to a takeover before the benefits of its $20 billion fibre build start to materialise.

Drahi, who has persued debt-fuelled deals to snap up assets in France, the United States, Portugal and Israel, announced in June he had bought a 12.1% stake in BT, worth 2.2 billion pounds ($2.9 billion) at the time.

Shares in the company jumped to a 17-month high of 198 pence after Drahi’s move, but had given up the gains a month later. They were trading at 178 pence on Friday, giving the company a market capitalisation of 17.5 billion pounds.

Drahi said in June that he held the management of BT in high regard and supported the company’s strategy to build a fibre network serving 25 million homes and businesses by 2026.

However, three sources familiar with the matter have told Reuters that he is looking to increase his stake in a bid to extend his influence.

Britain’s government would be put in a difficult position if anyone sought to take control of the 175-year-old group, due to its role in national security and in bringing better connectivity to the regions of the country.

BT bolstered its takeover defences by hiring boutique advisory group Robey Warshaw in October. It also added change-of-control clauses to some of its bonds the following month.

Chief Executive Philip Jansen is cutting costs, speeding up the fibre build and talking up long-term returns to investors.

In its consumer division it is simplifying 100 different customer management systems into one, a person familiar with the matter told Reuters.

BT must also decide the future of BT Sport after beginning talks in April about selling either a stake or the whole business.

Sports streaming company DAZN is the frontrunner for an outright sale, but wrangles over subscriber revenue and access have stopped the deal getting over the line, sources have said.

BT is in partnership talks with Discovery as an alternative, according to the Sunday Telegraph.