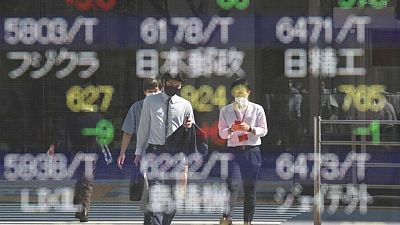 Gold rose as rising inflation lifted its safe-haven appeal, while U.S. Treasury yields were little changed in a sign some bond investors do not see interest rate hikes starting as early as next year’s second quarter, as many equity investors do.

The U.S. consumer price index increased 0.8% last month after surging 0.9% in October, while it accelerated 6.8% on an annualized basis to mark the biggest year-on-year rise since June 1982.

The data failed to unnerve investors who closely watched the Labor Department report. The benchmark for U.S. equities, the S&P 500 index, closed at its 67th record high of the year, according to S&P Global.

“This data suggests that the Fed will have to tighten monetary policy more aggressively than just a couple of month ago, and the market’s acceptance of that is a little surprising to me,” said Michael Arone, chief investment strategist at State Street Global Advisors in Boston.

Brian Pietrangelo, managing director of Investment Strategy at Key Private Bank, said the Fed has raised interest rates four times since the 1990s and each time the market took the hikes well, with equities rising as rates move higher.

“We believe the market can handle rate increases as long as they’re transparent and they’re at the right pace,” he said, noting he expects two or three interest rate hikes next year.

“The Fed’s been pretty transparent, which is why you’re seeing a positive move in the stock market today and not a lot of reaction in the bond market,” Pietrangelo said.

Gains in information technology, led by Apple Inc, Microsoft Corp and Oracle Corp, pushed the S&P 500 and Nasdaq higher. But consumer staples was the second-biggest percentage gainer, up 2.0%, suggesting investors were carefully assessing the Fed’s next move.

The dollar slid as the forex market was positioned for a higher CPI reading, analysts said.

“The FX market has been extremely long U.S. dollars for several months, so with this number coming in benign, we’re almost out of events that could push the dollar materially higher before year-end,” said Greg Anderson, global head of foreign exchange strategy at BMO Capital Markets.

Oil prices rose in their biggest weekly gain since late August, with market sentiment buoyed by easing concerns over the Omicron variant’s impact on global economic growth and fuel demand.