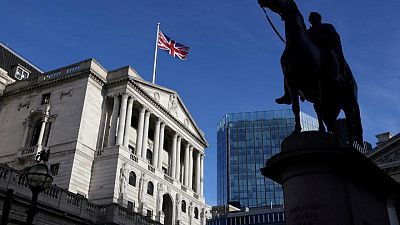 LONDON – Britain’s banks must complete a systematic review of risks from their equity finance business by the end of March in light of Archegos Capital Management’s collapse, financial regulators said on Friday.

Bonuses should also reflect whether executives carry out any necessary improvements in a timely way, the Bank of England and Financial Conduct Authority said in a letter to bank chief executives.

The New York investment fund run by former Tiger Asia manager Bill Hwang imploded in March after a slump in the value of its leveraged equity bets sparked a liquidity crisis at the fund. This set off a scramble among Wall Street banks that had financed the trades and resulted in more than $10 billion of losses across multiple firms.

“This episode demonstrates the importance of firms investing sufficiently in their risk management frameworks and controls infrastructure,” the joint BoE and FCA letter said.

Regulators in Britain and elsewhere reviewed the equity financing sector, including institutions which were counterparties to Archegos, and found weaknesses in how risk is managed and inconsistent approaches to setting margin for trades, the letter said.

Business strategies lacked coherence, were opportunistic and not rigorously assessed, it added. Clients were not checked properly for potential reputational risk.

The U.S. Federal Reserve communicated similar concerns to U.S. banks in a letter on Friday, saying it is concerned with firms accepting incomplete and unverified information from client funds and may take action.

Many of these deficiencies were observed over a decade ago, and it was “highly concerning” that lessons from the global financial crisis back then have not been learned sufficiently, the British letter said.

“Given the impact of these issues and the importance we attach to their remediation, we expect you to carry out a systematic review of your equity finance business and its risk management practices and controls,” the BoE and FCA said.

Findings should be reported to the Prudential Regulation Authority and the FCA by the end of the first quarter of 2022, together with detailed plans for remediation where relevant, they added.

Some shortcomings are symptoms of a broader root cause, including a risk culture where frontline executives fail to be accountable for risks taken on, the letter said.

“For the avoidance of doubt, your review should cover all major prime brokerage activity, including, to the extent that you provide them, fixed income and derivative prime brokerage services,” the letter said.