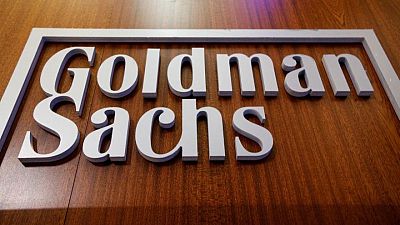 NEWYORK – Goldman Sachs Group Inc must again face a class action by shareholders who said they lost $13 billion because the Wall Street bank hid conflicts of interest when creating risky subprime securities before the 2008 financial crisis, a judge ruled on Wednesday.

U.S. District Judge Paul Crotty in Manhattan rejected Goldman’s claim that its general statements about its business, including that client interests “always come first” and “integrity and honesty are at the heart of our business,” were too generic to mislead investors and affect its stock price.

Shareholders including the Arkansas Teacher Retirement System accused Goldman of packaging and selling collateralized debt obligations it wanted to fail so favored clients like hedge fund billionaire John Paulson could secretly bet against them.

The case had gone to the U.S. Supreme Court, which in June said lower courts could use expert testimony and “a good dose of common sense” in deciding whether generic statements affected stock prices.

Applying that decision, Crotty said even Goldman’s more generic statements could reinforce misconceptions about its practices and that Goldman offered no evidence its stock price would have “held fast” had it disclosed its conflicts.

Noting Goldman’s claim that dozens of blue-chip companies make similar statements, Crotty said he was “hard pressed” to understand why such statements would achieve “such ubiquity” if they had no effect on stock prices.

The Goldman defendants “must show, by a preponderance, that the alleged misstatements had no price impact whatsoever,” Crotty wrote. “Defendants have not carried this burden.”

In 1988, the Supreme Court said investors could rely on a presumption that all public information about a company was reflected in its stock price.

Goldman reached a $550 million settlement in 2010 resolving U.S. Securities and Exchange Commission charges it concealed Paulson’s role in creating a CDO, Abacus 2007-AC1, and that he made $1 billion betting against it.

The case is In re Goldman Sachs Group Inc Securities Litigation, U.S. District Court, Southern District of New York, No. 10-03461.