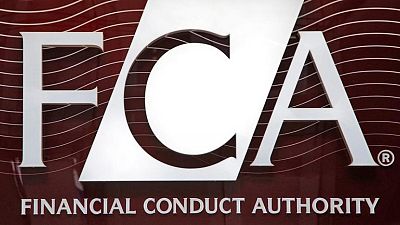 LONDON -Losses from crypto-related investments should not be eligible for compensation schemes given that the sector can help spread serious crime, Britain’s Financial Conduct Authority said on Wednesday.

FCA‘s chief executive, Nikhil Rathi, said there was a need to “draw some pretty clear lines” around the Financial Services Compensation Scheme when it comes to individual investors in cryptoassets.

“They have been a vector for serious organised crime and money laundering and anyone who invests in them must be ready to lose all of their money,” Rathi told parliament’s Treasury Select Committee.

“I would suggest we simply say that anything crypto-related should not be entitled to compensation, that consumers are clear about that when they are investing,” Rathi said.

Investors are sometimes legally eligible for compensation if they lost money in a financial firm that broke rules or committed egregious errors.

The FCA has seen a surge in applications from crypto exchanges, but Rathi said many were “below par,” resulting in a high percentage being withdrawn or refused.

Rathi acknowledged lawmaker concerns over backlogs in authorisation of financial firms, and said 100 staff were being recruited, along with a tender to find more staff with scarce skills in cryptoassets.

He cautioned financial firms seeking authorisation that they will face more scrutiny. This follows criticism of the watchdog in a report into its botched handling of London Capital & Finance which said the FCA needs to be more demanding when granting licences and check on the financial resilience of applicants.

“We are in a world where we are putting more grit into the system,” Rathi said.

He defended internal reform on pay and bonuses which will result in some staff being paid less next year as salaries of the lowest paid employees are bumped up.

Rathi took up the reins a year ago and has been pushing through internal change to create a more aggressive watchdog to protect consumers as scams increase.

One lawmaker questioned why the FCA paid nearly half a million pounds for an outside communications firm during the transformation period.

“We are going through deep, wide-ranging change,” Rathi replied.