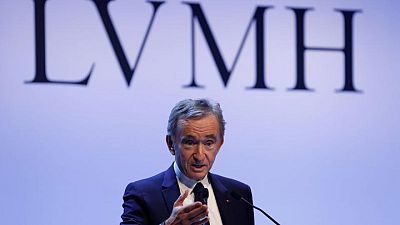 Earlier this year, the duo raised half a billion euros from their special purpose acquisition company (SPAC), Pegasus Acquisition Company Europe B.V., which is searching for takeover targets in the financial sector.

On Tuesday, the same group of backers announced they would list a second vehicle with an entrepreneurial focus, Pegasus Entrepreneurial Acquisition Company Europe, in Amsterdam.

SPACs are listed on a stock exchange by a group of entrepreneurs, who use the money raised to target a private company – allowing the target to get a stock market listing without the arduous process of launching a public listing.

Mustier is working together with former Bank of America banker Diego De Giorgi and SPAC operating partner Pierre Cuilleret, an entrepreneur and investor, in launching the 200 million euro listing.

Cuilleret said he would focus on family or entrepreneur-led companies.

Several SPACs have listed in Amsterdam, potentially boosting the Dutch financial capital’s credentials as a hub for fast-growing companies. London has only hosted one major SPAC in 2021, after updating its rules to make them easier.

Pegasus is backed by institutional sponsors Tikehau Capital and Financière Agache and by sponsors De Giorgi, Cuilleret and Mustier. Citi, Goldman Sachs and BNP Paribas are the bookrunners on the deal.