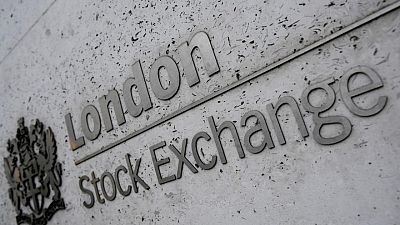 NEWYORK -The dollar eased and global stock markets traded slightly higher on Wednesday as investors became less concerned about the Omicron variant but looked for direction after the prior day’s big rally in equities and crude oil prices.

Stocks closed lower across Europe while the three main U.S. indices traded near break-even as drugmakers Pfizer and BioNtech said a three-shot course of their COVID-19 vaccine neutralised Omicron in a laboratory test.

The benchmark U.S. 10-year Treasury yield rose for a third straight day, climbing above 1.5% for the first time in a week, and gold prices were little changed as investors squared positions before Friday’s release of U.S. consumer prices data.

Investors are carefully watching the effectiveness of existing vaccines on Omicron along with its severity and how infectious it is, said Jeremy Leung, portfolio manager at UBS Asset Management in London.

“We also need to consider the time needed to adapt the vaccine, which would determine whether there is further disruption to the recovery ahead,” Leung said, adding that Omicron could exacerbate supply chain difficulties.

“Rate expectations have fallen recently due to macro concerns and therefore caused growth versus value volatility along with general market volatility,” he said.

On Wall Street, the Dow Jones Industrial Average slid 0.09%, the S&P 500 added 0.11% and the Nasdaq Composite advanced 0.43% on gains in the communication services and healthcare sectors.

The dollar slipped against several major currencies as easing concerns about Omicron helped support riskier currencies, with the Australian dollar rising 0.83%, on pace to notch a third straight session of gains.

Longer-term yields had fallen recently as investors were unsure what Omicron would mean for the economy, said Kevin Flanagan, head of fixed income strategy at WisdomTree.

“If Omicron does fade a bit in the headlines you will continue to see all Treasury yields rising as we move forward,” he said.

The U.S. central bank is scheduled to hold its final policy meeting of the year next week, when an increased pace of tapering its bond purchases is widely expected.

London’s FTSE 100 and the British pound were knocked by reports that Britain could implement tougher COVID-19 measures as early as Thursday.

Brent crude, the international benchmark, steadied above $75 a barrel in choppy trade, taking a breather after strong gains earlier this week.

Shares in China’s Evergrande Group hit a record low after a missed debt payment deadline put the developer at risk of becoming the country’s biggest defaulter. But analysts said the news had limited global market impact because it was already “well-priced” by the market.