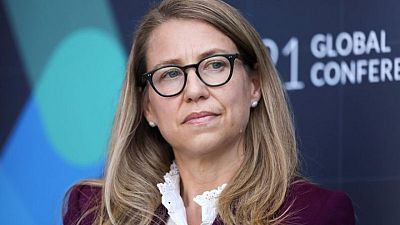 By Pete Schroeder and Katanga Johnson

WASHINGTON – Top executives from six major cryptocurrency companies including Coinbase and Circle on Wednesday urged Congress to provide clearer rules for the booming $3 trillion industry, but warned that overly tough restrictions would push it overseas.

Crypto executives repeated calls for careful, bespoke rules rather than forcing the industry to comply with existing regulations.

Congress is unlikely to make new crypto rules anytime soon, according to analysts, and lawmakers treated the hearing primarily as a fact-finding exercise.

Democratic Representative Maxine Waters, who chairs the panel, said there are questions about proper oversight and singled out Facebook Inc’s stablecoin plans as a major concern given the company’s huge global reach.

Some lawmakers, in particular Republicans, praised the executives for leading the way on what could be a pivotal technology.

“I am tremendously impressed. I see a lot of ingenuity, a lot of entrepreneurial spirit,” said Representative Pete Sessions, a Texas Republican. “We need to be supportive of you.”

The rapid growth of cryptocurrencies and in particular stablecoins — digital assets pegged to traditional currencies — has caught the attention of regulators, who fear they could put the financial system at risk if not properly monitored.

Some policymakers, such as Senator Elizabeth Warren and Securities and Exchange Commission Chair Gary Gensler, are also concerned the products could be used for illicit purposes, or to take advantage of unsuspecting consumers.

In November, a U.S. Treasury-led working group recommended Congress pass a law specifying stablecoins should only be issued by companies that have insured deposits, like banks.

Executives said they would welcome regulatory clarity, which could help the industry expand, but that overly restrictive rules could prove counterproductive.

The rapid growth in the sector underscores there is strong investor appetite for digital assets and should be supported with clear rules rather than stifled, they said.

BitFury’s Brooks, who was formerly CEO of Binance’s U.S. business and before that a bank regulator, told lawmakers cryptocurrencies are similar to traditional assets.

“We are the last country standing that hasn’t figured that out,” he said.

But the complexity and volatility of cryptocurrencies, as well as wildly varying standards around disclosure, reserves, consumer protection and other policies left some lawmakers concerned.

“Most of the people that I know that have invested in cryptocurrencies (have done so)…because they think they can get rich quick,” said Representative Juan Vargas. “We’ve seen this before, unfortunately, and it led to the financial crisis.”