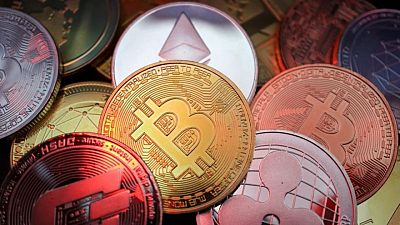 By Sohini Podder and Mehnaz Yasmin

– TRM Labs said on Tuesday it had raised $60 million in fresh capital through a funding round led by investment giant Tiger Global, becoming the latest blockchain startup in the booming crypto economy to seek funds.

The Series B round saw participation from other notable investors including Visa Inc, Jack Dorsey’s Block Inc, formerly known as Square Inc, and the investment arms of Citigroup Inc, PayPal Holdings Inc and American Express Co.

TRM in June had raised $14 million in a Series A funding round led by Bessemer Venture Partners.

A surge in digital currencies this year and increased backing from major companies have propelled companies in the crypto sector to sky-high valuations in recent months, even as the industry faces scrutiny from regulators.

The San Francisco-based company was launched out of prominent Silicon Valley incubator and startup fund Y Combinator in 2019 and its team consists of threat finance experts from the Federal Bureau of Investigation, U.S. Secret Service and Europol.

Its intelligence platform is used by financial institutions, public agencies and cryptocurrency firms, including Circle, FTX‘s U.S. business and MoonPay, to detect, monitor and investigate fraud as well as financial crime within digital asset transactions.

“Crypto is growing faster than anything we’ve seen in our lifetimes,” co-founder and Chief Executive Officer Esteban Castaño told Reuters.

TRM is in a phase to scale its business to meet the overwhelming global customer demand for its platform, Castaño said.

“In the internet of money, hack is not the loss of data. It’s people losing their life savings.”

TRM, which specializes in anti-money laundering and crypto compliance, is growing its business at a time when regulators around the world have been skeptical of the alternative asset class due to its potential for money laundering.