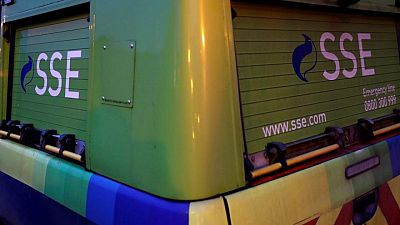 LONDON – Elliott Management has questioned SSE‘s decision not to spin off its renewables arm and called on the British energy firm to appoint independent directors with green energy experience in a letter the activist investor sent on Tuesday. SSE has resisting previous calls by Elliott to split up the company, announcing last month it would instead increase spending in renewables and sell assets from its networks division. That strategy lacks ambition, Elliott said, calling on the company to provide a detailed and credible plan to address investor concerns regarding its corporate governance.

“Elliott believes that SSE’s high-quality portfolio of Networks and Renewables assets is worth 21 pounds ($27.84) per share, and that the Company could have unlocked 5 billion pounds of value through a listing of its Renewables business,” it said.

SSE shares were trading at around 16.30 pounds on Tuesday. The company ought to explore additional strategic initiatives, including a more ambitious disposal of its networks business and a partial listing or partial disposal of the renewables division, Elliott said.

It should also add two directors with renewables experience and create a strategic committee review made up of independent board members.

Elliott pointed to other companies such as Italy’s Eni and Acconia which have recently announced plans to spin off renewables units.

Elliott, which has not disclosed the size of its stake in SSE, thought to be around 3-5%, also said SSE‘s review of a possible renewable spin-off had been opaque.

“Separation does not support the financing of our core growth businesses and would rule out adjacent growth options, as well as reducing the resilience of the business model. It is not the right outcome to maximise value for shareholders or our other stakeholders,” Phillips-Davies said.

Analysts at Jefferies said SSE is currently discounted compared with the sector and that a separate renewables listing could move the stock towards its upside scenario. Jefferies has a 18.10 pounds per share price target for the company.

SSE’s shares fell 4% on November 17 when the company announced its strategic plan.

“This is a market barometer of the wholesale rejection of what has been proposed,” a source familiar with the matter told Reuters on condition of anonymity.