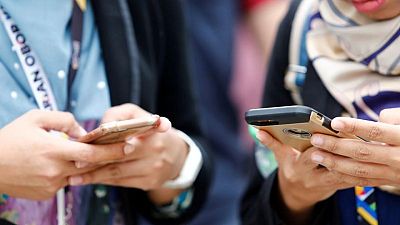 KUALALUMPUR – Malaysia will decide by January whether to continue with its plan for a single wholesale 5G network, after Reuters reported concern from mobile carriers over pricing and transparency.

Malaysia’s proposed centralised 5G network has met resistance from major operators, who have yet to sign up to the government plan, according to the report last month.

The Cabinet was now considering whether to allow multiple 5G providers, after concern from telecom firms and industry players that the government plan could hamper competition, Communications and Multimedia Minister Annuar Musa told reporters on Tuesday.

“The Cabinet will discuss again and will make a final decision by January whether to stick with a single wholesale network system or to have more than one operator to allow for some kind of competition,” he said.

DNB and major mobile operators Axiata Celcom and Maxis did not immediately respond to requests for comment. Operator DiGi.com declined to comment.

“The faster (the government) makes a decision on this, the better, as the more certain the future operating environment will be for the telcos,” he said in an email.

The government in February abandoned an earlier plan to apportion spectrum to carriers, opting instead for a single shared network in a bid to reduce costs, improve efficiency and accelerate infrastructure buildup.

Carriers, however, are worried that would result in a nationalised monopoly more costly than deploying 5G on their own, sources had told Reuters.

DNB has said it will charge operators less to access its 5G network than the cost they incurred for 4G.

The agency on Monday also offered 5G services to carriers for free up to March 31 as it begins network deployment in three central areas.

Last week, Telekom Malaysia became the first operator to sign up for 5G trials with DNB, but did not say if it had signed a long-term deal.