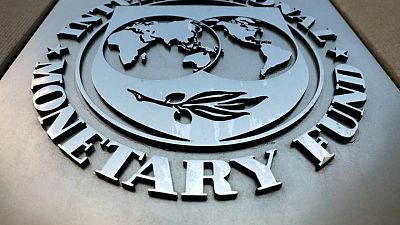 BRUSSELS – Euro zone governments should continue to spend to support the COVID-19 economic recovery, though in an increasingly focused way, and consolidate public finances only when it is firmly under way, the International Monetary Fund said on Monday.

In a regular report on the euro zone economy presented to the group’s finance ministers, the IMF noted, however, that while consolidation itself could wait, a credible way of how it would be done in the future should be announced already now.

“Policies should remain accommodative but become increasingly targeted, with a focus on mitigating potential rises in inequality and poverty,” the IMF said.

“Fiscal policy space should be rebuilt once the expansion is firmly underway, but credible medium-term consolidation plans should be announced now,” it said.

The Fund also noted that the rise in inflation, which hit a record high of 4.9% on a year-on-year basis in November, was temporary and, therefore, not a big threat because it did not translate into a spike in wages, called a second-round effect.

“Recent inflation readings have surprised on the upside, but much of the increase still appears transitory, with large second-round effects unlikely,” the report said, adding that the European Central Bank’s monetary policy should therefore continue to be accommodative.

“Structural reforms and high-impact investment, including in climate-friendly infrastructure and digitalization, remain crucial to enhancing resilience and boosting potential growth,” the IMF said.