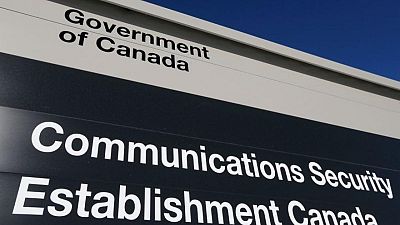 OTTAWA – Global ransomware attacks increased by 151% in the first half of 2021 compared with 2020 and hackers are set to become increasingly aggressive, Canada’s signals intelligence agency said on Monday.

The Communications Security Establishment (CSE), citing attacks on North American health facilities and a U.S. pipeline, said the scale and scope of ransomware operators represented both security and economic risks to Canada and its allies.

“Ransomware operators will likely become increasingly aggressive in their targeting, including against critical infrastructure,” said a report issued by the Canadian Centre for Cyber Security https://cyber.gc.ca/sites/default/files/2021-12/Cyber-ransomware-update-threat-bulletin_e.pdf, a unit of CSE.

The agency said it knew of 235 ransomware incidents against Canadian victims from Jan. 1 to Nov. 16 this year. More than

half of these victims were critical infrastructure providers.

In 2021, the global average total cost of recovery from a ransomware incident has more than doubled to C$2.3 million ($1.8 million).

“Ransom payments are likely reaching a market equilibrium, where cybercriminals are becoming better at tailoring their demands to what their victims are most likely to pay,” CSE said.

The agency reiterated previous statements that actors in Russia, China and Iran posed a major threat.

“Russian intelligence services and law enforcement almost certainly maintain relationships with cybercriminals, either through association or recruitment, and allow them to operate with near impunity as long as they focus their attacks against targets located outside Russia,” it said.