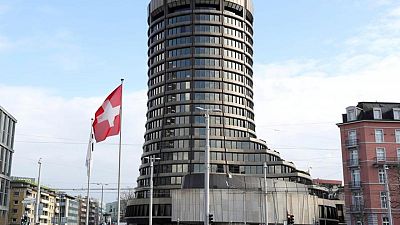 LONDON – Bank-like rules are needed to stop investment funds from destabilising finance in market crises, the Bank for International Settlements said on Monday, adding fuel to an already heated debate over the fast growing sector.

The BIS, a Swiss-based forum for central banks, said in its quarterly review that policymakers risk falling behind the curve in regulating “non-banks”, which comprise hedge funds, mutual funds, money market funds, pension funds and insurance companies, collectively accounting for half of global financial activity.

Once dubbed shadow banks and now classed as non-bank financial intermediaries (NBFIs), they have grown rapidly to fill the space left by the withdrawal of more heavily regulated banks to ease capital requirements.

“A systemic approach to regulating NBFIs is the key to better addressing their structural vulnerabilities, notably liquidity mismatches and hidden leverage, and building adequate shock-absorbing capacity,” the BIS review said.

“When leverage is an issue, less stress-sensitive margining practices and, above all, higher and usable capital buffers will help.”

Not for the first time, central banks had to inject liquidity into markets in March 2020 to avoid money market funds from freezing when economies went into COVID-19 lockdowns.

“Such repeated occurrences suggest that the status quo is unacceptable,” BIS General Manager Agustin Carstens said in the review.

“Fundamental adjustments to the regulatory framework for NBFIs are called for, to make it fully fit for purpose.”

The funds industry is vocal in its opposition to being regulated like banks, saying there were stresses throughout the financial system last year and that heavy rules would make some of them unviable.

But global regulators have already set out recommendations for money market funds, and the BIS intervention will shape current deliberations among central banks and securities watchdogs over what measures, if any, are needed for the broader NBFI sector.

The BIS said the sector needs “macroprudential” rules which banks already have, such as higher liquidity buffers, to shield the financial system from market squeezes.

“Given the increasing role that the NBFI sector plays in the market ecosystem, it is now important to apply a macroprudential approach to it as well,” the BIS review said.

“The ultimate objective is to build individual NBFIs’ war chests in good times in order to mitigate collective retrenchment in times of stress.”