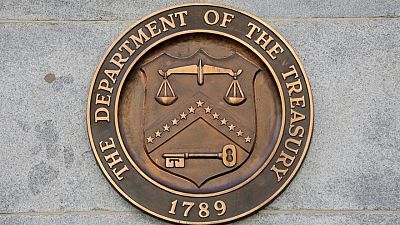 The semi-annual report declined to label any U.S. trading partner a currency manipulator, although it found that Vietnam and Taiwan continued to exceed its thresholds for possible currency manipulation and enhanced analysis under a 2015 U.S. trade law. Switzerland tripped two of the three new criteria but would have triggered all three under the previous standard.

Here’s how the new goalposts employed by Treasury compare with its past approach to the analysis, including a new measure for determining which countries qualify for review in the first place:

Under the old standard, the Treasury reviewed all trading partners with $40 billion total bilateral trade in goods – the sum of imports and exports – with the United States. Services were not included in the equation.

Under the new measure, services are added because of their increasing role in international trade, and Treasury dropped the $40 billion trigger and instead will look at the top 20 U.S. trading partners determined by this equation every six months.

For the 20 countries that qualify, Treasury employs three tests to determine if a country is a currency manipulator, reviewing each country to see if it has:

* A “significant” bilateral trade surplus with the United States

Also, Treasury will look at any trading partner that had triggered two of the three criteria in the immediately preceding report. This allows it to continue to pursue remedies, if needed, with any country that drops out of the top 20 from one report to the next.

Treasury now considers this threshold triggered if any of the countries under review had a goods and services trade surplus with the United States of $15 billion or more.

Previously the standard had been a $20 billion goods-only surplus.

Treasury’s revised approach on this question is the most complicated of the three and is designed to help it differentiate between current account surpluses that may be “excessive” in its view and those that could be considered “warranted.”

Previously countries with current account surpluses of at least 2% of their gross domestic product would count as having “material” surpluses.

The key change here is on Treasury’s measure of “persistence.” As before, net foreign exchange purchases of 2% of GDP qualify, but in order to be considered “persistent” they must now have occurred over eight of the 12 months in the review period versus six of 12 months previously.

The change is meant to help Treasury zero in on genuinely “asymmetric patterns” as opposed to those arising from external short-term shocks such as the ructions triggered by the COVID-19 pandemic.