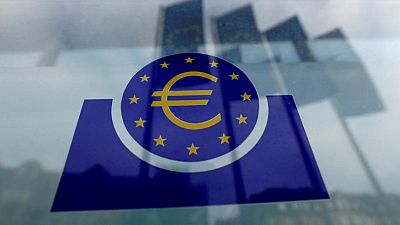 BRUSSELS – The European Union should change its fiscal rules to make them more supportive of growth and investment in fighting climate change and digitalisation as well as to make the rules on debt reduction more realistic, the European Central Bank said.

In a written contribution to a debate on the upcoming reform of EU fiscal rules, called the Stability and Growth Pact (SGP), the ECB said the rules should be simplified, more transparent and predictable.

“It would help if rules were less complex and less reliant on the unobservable output gap, which could be operationalised through a stronger focus on an expenditure-based rule that does not rely on annual real-time estimates of such an indicator,” the central bank said.

The expenditure rule aims to limit government spending growth when the economy is growing above potential and allows for high spending when economic expansion is below potential.

“The Governing Council also agrees that a realistic, gradual and sustained adjustment of public debt is important in order to rebuild fiscal space ahead of the next downturn. The SGP’s debt rule would need to be reformed to guide such an adjustment,” the ECB said.

The current rule requires governments to cut public debt by 1/20th of the excess above 60% of GDP every year — a requirement that is not realistic for many euro zone countries after a sharp increase in borrowing during the pandemic.

“Addressing the challenges of the green and digital transitions will require significant private and public investment. Sustained, nationally financed investment will also be needed, and will require either additional sources of revenue or a reprioritisation of expenditure, notably in countries with elevated debt ratios,” it said.

The ECB also stressed the need to finish the EU’s banking union by agreeing on a pan-European deposit insurance scheme and by finishing a capital markets union that would give companies better access to capital across the bloc from more sources than bank loans.

The ECB also mentioned the need for a proper euro zone budget — a controversial idea that has met with substantial resistance from Germany and the Netherlands in 2018.