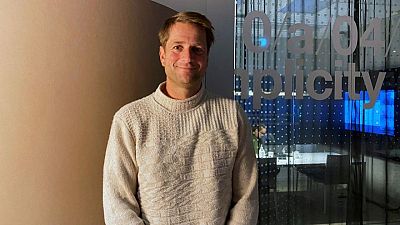 – The CEO of Swedish payments firm Klarna said he is wary of the short-term focus of public markets and the tendency of some activist hedge funds to dictate corporate direction while lacking deep industry knowledge, but told Reuters that his firm plans to go public eventually.

Klarna https://www.reuters.com/markets/funds/payments-firm-klarnas-jan-sep-losses-grow-soured-credits-2021-11-26, which allows shoppers to buy online through its merchant partners and settle their dues in installments, became Europe’s most valuable startup in March and was valued at $46 billion https://www.reuters.com/business/payments-firm-klarnas-valuation-rises-46-billion-after-fundraising-2021-06-10 after a funding round in June – higher than several of the region’s major banks.

Founded in 2005, the company is among the largest players in the global “buy now, pay later” (BNPL) sector with over 90 million active users in 17 countries and counts the likes of payments technology giant Visa Inc, private equity firm Permira and venture firm Sequoia Capital among its backers.

Given the company’s success, it is inevitable that it will eventually become a public entity, CEO Sebastian Siemiatkowski said in an interview broadcast on Wednesday at the Reuters Next conference.

“I am just hoping for Klarna that by the time we go public, there is a strong enough reputation for the business … as you have been able to see with somebody like (Tesla Inc CEO Elon) Musk or (Amazon.com Inc founder) Jeff Bezos, where it’s almost like nobody reads those quarterly reports,” he said.

He voiced concerns about the involvement of hedge funds which may provide value but can also lack deep understanding of a company’s industry and opportunities, leading to what he called “very foolish decisions.”

He added: “Unfortunately one day we are going to have to be public, with that worry still in my stomach.”

Twitter Inc’s longtime CEO, Jack Dorsey, who relinquished his post https://www.reuters.com/business/media-telecom/twitter-ceo-jack-dorsey-expected-step-down-cnbc-2021-11-29 earlier this week, in 2020 faced calls from Elliott Management Corp to step down, after the hedge fund argued he was paying too little attention to Twitter while also running Square Inc.

Siemiatkowski also said the fast-growing BNPL industry needs to be regulated, provided the policies are devised to promote and not hurt market competitiveness.

With pandemic-related lockdowns turning shoppers to online payment platforms, demand for financial technology companies has boomed, with digital payments behemoths like PayPal Holdings Inc and Square expanding into the BNPL sector through acquisitions.

As activity picks up in the sector, regulators have focused on what they see as inappropriate marketing of credit, with British lawmakers calling for urgent regulation of BNPL fintech services.

“I think if you implement such rules, the downside is that you are making the market less competitive which means in the end the consumer is losing out,” Siemiatkowski said.

To watch the Reuters  Next conference please register here https://reutersevents.com/events/next