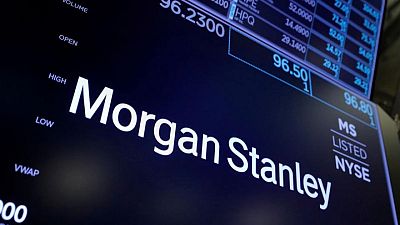 NEWYORK – Large tie-ups between publicly listed companies will be off the table in 2022, as a crackdown by the Biden administration makes securing regulatory sign-off for combinations increasingly difficult, senior dealmakers told the Reuters Next conference.

Mergers and acquisitions have been happening at record pace this year, as companies seek to reshape themselves as they emerge from the pandemic by using cheap debt and bumper stock prices to pursue transformative combinations.

However, panelists addressing “The Great M&A Game” warned the ferocious appetite was being stymied by a concerted push by U.S. regulatory agencies, who were using any means necessary to slow down and kill transactions.

“There just aren’t going to be any big deals in the foreseeable future,” said Robert Kindler, vice chairman and global head of M&A at Morgan Stanley, noting every deal “is getting very close scrutiny, and people are not going to do deals when there is any issue on the regulatory side.”

Among the tactics being deployed by regulators are extensive requests for information and other administrative road blocks, said Scott Barshay, corporate department chair at law firm Paul Weiss.

He also noted the October announcement by the Federal Trade Commission, which said it was reapplying the practice of making companies seek the agency’s approval for all deals for the next decade, in exchange for waving through an existing transaction.

The Biden administration has expressed concern that unchecked dealmaking has contributed to a lack of vigor in key economic sectors and hurt consumer choice. A study into possible reforms of competition law is currently under way.

There has been a chilling effect, said Kindler, who predicted fewer than ten deals worth more than $10 billion in 2022 between publicly listed companies.