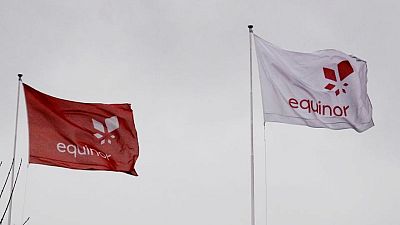 LONDON – Carbon capture and storage (CCS) services for large industrial emitters could break even in the next 10 years if emitting a tonne of carbon costs around 100 euros per tonne, Equinor’s CCS chief said at  the Reuters Next conference .

CCS transports CO2 from where it is emitted, typically a smokestack, and stores it, usually in a geological site, to prevent its release into the atmosphere.

“We believe there is potential to break even at 100 euros per tonne,” said Torbjørg Fossum, Vice President for Global CCS Solutions at the Norwegian energy firm Equinor.

On the most established carbon market, the European Union’s Emissions Trading System, pollution permits traded at around 76 euros a tonne on Wednesday.

Until the breakeven price is reached, government funding is crucial to help early movers, she said, with projects such as Northern Lights in Norway and Britain’s East Coast Clusters providing good blueprints.

CCS typically avoids additional carbon emissions from reaching the atmosphere, but the technology can be adapted to suck carbon out of the atmosphere in what is known as Direct Air Capture (DAC). This negative emissions twist costs several times more than CCS.

“We need to do both. The disadvantage of direct air capture is that it requires a lot of energy to capture the CO2 from the air. So then it is more expensive than capturing when you have an exhaust source with a lot of CO2 in it,” Fossum said.

“But on the other hand the beauty of direct air capture is that you can locate it wherever you want… where there is access to very cheap and clean energy.”

To watch the Reuters  Next conference please register here https://reutersevents.com/events/next