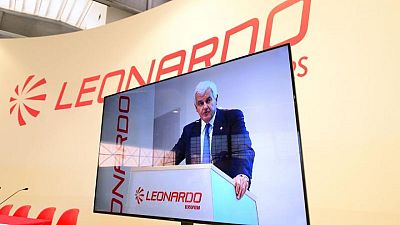 MILAN – Italian defence group Leonardo said on Wednesday the nationality of a future buyer of its canon maker OTO Melara and naval torpedo unit Wass would not be a key factor in its decision.

The group indicated some months ago it is ready to put on the block OTO Melara and Wass, which could have a total value of more than 500 million euros, and CEO Alessandro Profumo said it expects some offers “in the short-term”.

The state-controlled conglomerate has received expressions of interests from both Franco-German KMW+Nexter Defence Systems (KNDS) and Italian shipbuilder Fincantieri, with some politicians claiming a sale to the Italian group could be the best solution.

“At a time when there is a debate over creating European Defence (capabilities) we will not decide considering the nationality of the buyer alone,” Profumo said, when asked about a potential sale to Fincantieri.

The disposal of the two units is part of a broader strategy by Leonardo aimed at focusing on its helicopters, aircraft and electronics for defence businesses.

“We want to be global leaders in helicopters and a European leader in aircraft and we have an important role in electronics both in the United States and in Europe,” he said.

In this strategy Wass, aren’t seen as core to the company and OTO Melara is perceived as too small to compete at European level.

KNDS has offered around 650 million euros for the two units, while Fincantieri’s proposal is less attractive from a financial perspective, several sources familiar with the matter said.

“We will keep in mind the long-term sustainability of (the companies’) jobs when deciding on options,” Profumo said on the sidelines of a presentation of the group’s digital infrastructure in Genoa, where it manages a high-performance-computer dubbed Davinci-1.