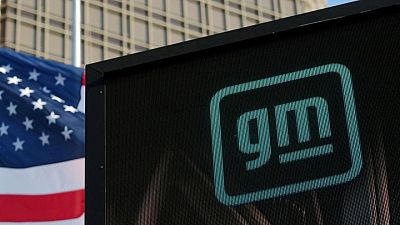 However, GM’s vehicle production and inventories won’t get back to normal until late 2022, Jacobson cautioned.

Tight inventories support higher prices, but GM and its rivals are still working to find a balance between stocking too many vehicles, as in the past, and too few for a U.S. market where many consumers still buy what is on a dealer lot.

GM is also wrestling with rising costs for commodities used in its vehicles.

So far, Jacobson said the company is not seeing much impact from the new Omicron coronavirus variant.

“We are continuing with the protocols that we have put in place, that have worked,” Jacobson said.

During an online talk with Credit Suisse auto industry analyst Dan Levy, Jacobson said GM will be aggressive in investing in electric vehicles and other technology as it tries to catch up with electric vehicle market leader Tesla Inc and compete with rivals such as Volkswagen AG and Ford Motor Co .

“We have pulled forward about 12 EVs from the original plans a year and a half ago,” he said.

Jacobson said he would rather have GM build a battery plant that sits idle for two or three years than have the company be caught short without enough battery capacity. Jacobson said he has told other GM executives he will support spending to accelerate EV programs or invest in promising technology.

“There’s money in the account and the checkbook is open,” Jacobson said. “You have to put on the memo line what you are going to use it for.”

That is a sharp contrast with the austerity GM imposed in early 2020 when the pandemic forced an almost total halt to North American production.

Despite a strong recovery from the pandemic shock, and aggressive plans to double revenue by 2030, GM’s $84 billion market value remains a fraction of Tesla’s $1 trillion value and also trails newly-public, and much smaller, electric truck and van maker Rivian.

“We have some clear advantages over startups,” Jacobson said. “Not every startup is Tesla.”