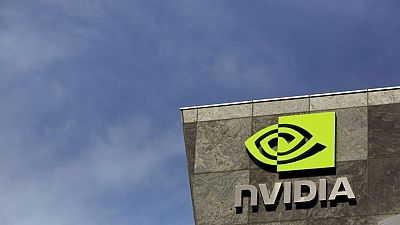 By Stephen Nellis and David Shepardson

The FTC said the proposed deal would give one of the largest chip companies control over computing technology and designs that competitors rely on to develop their own competing chips.

The deal has been widely expected to fall apart after facing opposition in the chip industry. British regulators said last month they would launch an in-depth probe of the deal, and it is also under scrutiny in the European Union.

Nvidia said it would “work to demonstrate that this transaction will benefit the industry and promote competition.”

The stock-heavy deal has more than doubled in value since it was announced in September 2020 as Nvidia shares have risen on the performance of its data center business. Nvidia will owe only a $1.25 billion breakup fee if the deal does not close, and its shares closed up 2.2% at $321.26 on Thursday.

“Nobody thinks the deal is going to close,” said Stacy Rasgon, an analyst with Bernstein. “The data center story has been really playing out. The software narrative has become a bigger piece of the story. I would love to see this deal, but I don’t think they need it.”

Before Nvidia’s offer, Softbank had planned to file for an initial public offering for Arm. While Arm’s revenue is growing briskly, rising 56.3% to $1.46 billion in the six months ended Sept. 30, it is unclear whether Arm, in an IPO, would fetch anything close to the $80 billion in value offered by Nvidia.

That would be a new blow for the Japanese conglomerate whose Vision Fund assets sank by $10 billion last month, driven by plummeting valuations for investments in Chinese e-commerce firm Alibaba and ride-hailing service Didi Global Inc.

The FTC, which is made up of two Republicans and two Democrats, voted 4-0 to approve the challenge to the planned merger.

The FTC alleged “the proposed merger would give Nvidia the ability and incentive to use its control of this technology to undermine its competitors, reducing competition and ultimately resulting in reduced product quality, reduced innovation, higher prices, and less choice, harming the millions of Americans who benefit from Arm-based products.”

The FTC added the combined firm “would have the means and incentive to stifle innovative next-generation technologies, including those used to run datacenters and driver-assistance systems in cars.”

Some semiconductor firms such as MediaTek Inc and Broadcom Inc have voiced support for the deal. But other firms such as Qualcomm have opposed it over concerns that Nvidia would have a first look at key technologies that they depend on and could then have better insights into their future products.

Qualcomm did not immediately respond to a request for comment.

Nvidia’s chief executive, Jensen Huang, made a biting comment at an industry dinner last month, saying that Qualcomm Chief Executive Cristiano Amon, who recently took the helm of an industry trade group, had proven to be a master advocate in the battle over Arm. Qualcomm had its own extensive battles with global regulators, including the FTC, which Qualcomm prevailed over after the regulator brought an antitrust lawsuit against it.

“He’s the perfect person to advocate for our industry,” Huang said from a stage as Amon sat in the audience. “I was trying to figure out, how is it possible that Cristiano knew every single regulator on the planet, and by the time I got there to tell them about my story on Arm, he was already there advocating against it?” Huang said, to stunned laughter from the crowd.

The FTC said it has cooperated closely with staff of the competition agencies in the European Union, United Kingdom, Japan, and South Korea.