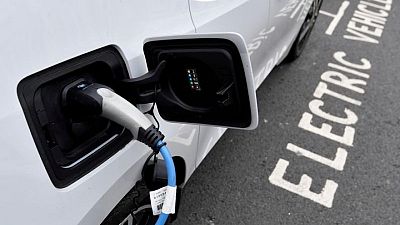 – Automakers must work closer with lithium producers to guarantee supply of specialized types of the white metal that boost an electric vehicle’s range and performance, Albemarle Corp and Livent Corp executives told the Reuters Next conference on Wednesday.

As EVs go mainstream, automakers are planning models that can run longer before recharging and handle different weather conditions. Batteries for such EVs typically are made with a type of lithium known as hydroxide that cannot be stored for long periods of time and thus must be made in custom batches.

As such, producing it requires extensive investment and planning, which lithium producers are hesitant to do even as prices rise unless automakers sign long-term contracts and share development plans, Albemarle lithium division head Eric Norris and Livent Chief Executive Paul Graves said on a Reuters Next panel.

“It’s very important that we have the kind of relationship and transparency with (automakers) in order to not put them in a situation where they don’t have the product available that they need,” said Norris, who joined Albemarle in 2018.

“We need certain economics to be able to continue to grow.”

Without such coordination, the auto industry may not have enough of the type of lithium needed to make EVs run longer, thus making them less appealing to consumers.

“There may be periods where there is just insufficient lithium available to meet exactly what every (automaker) is trying to do,” said Graves, who has run Livent since it was spun off from FMC Corp in 2018.

“The demand side of the equation has to be very thoughtful about what its business plans are over the next three or four years.”

DLE technologies differ, but they each promise a one-size-fits-all approach to extract the metal from any geological deposit across the globe, a tantalizing prospect for an automotive industry hungry for more supply.

But DLE technologies also typically cost more and use more energy than evaporation ponds, which use solar power to produce lithium. Both executives said DLE works best when engineered for a specific lithium deposit, a factor that likely will curb enthusiasm for it.

“You need to look at the facts when you look at what’s being promoted as being more sustainable,” Norris said of DLE. “It’s usually focusing on one element of that sustainability and not on the whole picture.”

Livent itself uses a type of DLE technology in Argentina alongside evaporation ponds, a tailor-made approach that works at that operation but might not work elsewhere, Graves said.

“There’s a hope that there’s been a technological breakthrough that is going to suddenly release all of this abundant lithium at incredibly low cost into the world,” he said. “But the rules of chemistry and physics don’t bend very easily.”