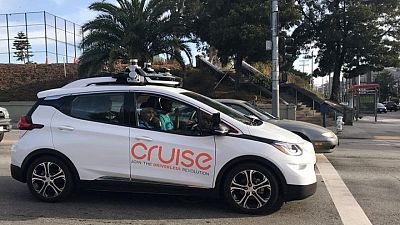 – San Francisco’s public transit operator has challenged an application by Cruise to charge for robotaxi rides, saying on Wednesday promotional videos from the General Motors Co unit show Cruise passengers illegally hopping in and out of vehicles in the middle of the street instead of at the curb.

The San Francisco Municipal Transportation Agency (SFMTA) said in a 24-page letter that the recent videos from Cruise show the self-driving technology company is allowing unlawful behavior that also endangers people nearby and slows down buses, agency director Jeff Tumlin said. The agency also blasted Cruise’s application for failing to plan service in low-income and minority neighborhoods or to accommodate wheelchairs.

“Together, the Cruise Videos document 14 total stops for pick up or drop off of passengers; they provide evidence that not a single one of these stops complied with the requirements of the Vehicle Code and Transportation Code,” the agency wrote.

Cruise said it would respond to the concerns in a letter to the CPUC next Monday.

GM’s Cruise, Alphabet Inc’s Waymo and other companies view San Francisco as a good testing ground for robotaxi services. With the federal government slow to produce rules on autonomous vehicles, states have stepped in to regulate. But local authorities in San Francisco and elsewhere have sought greater say over the new technologies, which include Tesla Inc’s Autopilot.

The SFMTA letter responds to a Cruise application last month to the California Public Utilities Commission, which has final say over whether companies can charge for rides.

SFMTA‘s letter calls for denying Cruise’s application unless it can prove its automated systems can recognize lawful on-street parking, parallel park and pull into parking lots.

The agency also criticized Cruise’s initial deployment plan because it would ignore nearly all of the city’s low income and disadvantaged communities and serve just 19% of San Francisco’s Hispanic population and 24% of its Black population. The company also has yet to test wheelchair accessible trips, the agency wrote.

In addition, Cruise said it would avoid streets with light rail lines, yet it failed to acknowledge a long train route in its planned service area, SFMTA wrote.