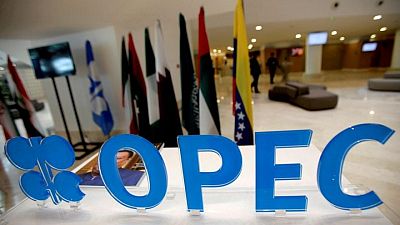 By Ahmad Ghaddar and Alex Lawler

LONDON – OPEC and its allies have postponed technical meetings to later this week, giving themselves more time to assess the impact of the new Omicron coronavirus variant on oil demand and prices, according to OPEC+ sources and documents.

Oil prices crashed together with other financial markets on Friday by more than 10%, their largest one-day drop since April 2020, as the new variant spooked investors and added to concerns that a supply surplus could swell in the first quarter.

Friday’s fall was exacerbated by low liquidity due to a U.S. public holiday.

Before Friday, OPEC had already predicted the surplus would grow steeply after the United States and other major consumers decided to released oil stocks to help cool down prices.

OPEC and allies known as OPEC+ have move their joint technical committee to Wednesday from Monday, according to the documents. OPEC would hold a meeting the same day.

A joint ministerial monitoring committee will meet on Thursday instead of Tuesday, the documents showed, OPEC+ will also meet the same day, when a policy decision will likely be announced.

“We need more time to understand what this new variant is and if we need to overreact or not,” one OPEC+ source said.

OPEC+ has been releasing 400,000 barrels per day of oil per month while winding down its record cuts from last year, when it cut production by as much as 10 million bpd to address lower demand caused by the virus lockdowns.

OPEC+ has some 3.8 million bpd of cuts still in place and some analysts have suggested the group could pause with the increases after the release of stocks and possible repercussions for demand from new lockdowns to contain the new variant.