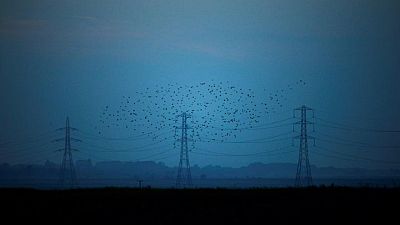 – Britain will have enough gas and electricity capacity to keep the lights on this Christmas, the boss of National Grid said on Thursday, allaying fears of an energy crisis amid surging prices and demand.

“Obviously, things can happen. That’s the nature of energy markets and our job is to monitor that,” National Grid Chief Executive John Pettigrew said in an interview. “But based on our winter outlook reports, we see sufficient capacity both on the gas and on the electricity side.”

The remarks echo those in National Gas’ winter gas outlook released in October, when it said there was enough supply to meet demand this winter.

European wholesale gas and power prices have risen sharply due to lower-than-usual gas stocks this summer, reduced supply from Russia and the onset of colder temperatures.

In the UK, high wholesale gas prices have contributed to an increase in wholesale power prices, as gas plants account for around 40% of electricity generation in Britain.

Annual underlying earnings per share growth would come in “significantly above” the top end of its 5%-7% outlook range, National Grid said. The forecast was also driven by higher auction prices across its interconnector portfolio.