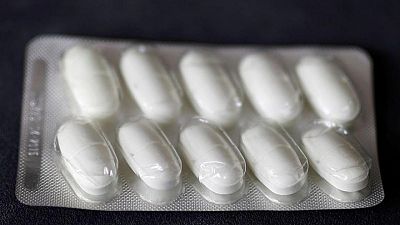 – Drugmakers have made some progress in restraining antibiotics overuse, which leads to drug-resistant infections, but have fallen short in making antibiotics more widely available in low-income countries, an influential foundation said.

For the third time since 2018 and 2020, the non-profit Access to Medicine Foundation (AMF) has analysed how companies are dealing with the two-pronged challenge of making bacteria-fighting drugs more widely available in poor countries while also reining in the type of excess use that is known to foster superbugs.

Unwarranted use of antibiotics – not only a first-world problem but also widespread in loosely regulated markets including Thailand, India and parts of Africa – increases the risk of treatable pathogens developing escape mechanisms against established drugs.

In the United States alone, more than 35,000 people die each year from antibiotic-resistant infections, according to a report by the U.S. Centers for Disease Control and Prevention. A European Union public health body has put the number of annual deaths in the region at about 33,000.

In its Antimicrobial Resistance Benchmark report published on Thursday, AMF said companies including GlaxoSmithKline, Pfizer and Aurobindo have made some strides in areas such as preventing antibacterial waste spilling into the environment or shunning volume-based promotion tactics.

Thanks mainly to its development of new antibiotics and responsible manufacturing, GSK scored best among large pharmaceutical companies against a range of targets in AMF‘s ranking for responsible access to antimicrobial drugs.

Pfizer was a close second mainly on the strength of its stewardship to avoid overuse or misuse, antibiotic waste management and access to drugs in poor countries.

Aurobindo led a ranking of generic drugmakers thanks to activities including avoiding overuse.

Overall, however, manufacturers were still not doing enough to bring their products to poorer parts of the world, the report added.

“Companies are not taking the necessary steps to provide access to the antibiotics and antifungals in their portfolios in low- and middle-income countries – and where access strategies are in place, they remain focused on a small set of countries, people, and diseases,” AMF said.

AMG, based in Amsterdam, is funded by Britain, the Netherlands, the Gates Foundation, AXA Investment Managers and the Wellcome Trust.