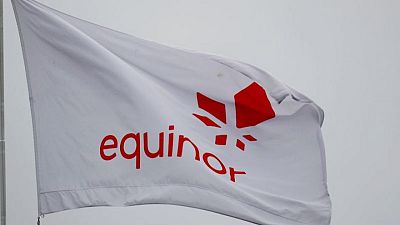 By Terje Solsvik and Nora Buli

OSLO -Norway’s Equinor said on Wednesday it had signed an agreement with Korean East-West Power (EWP) to cooperate on offshore wind projects in South Korea.

The memorandum of understanding with state-owned EWP covers wind turbine projects with a capacity of 3 gigawatts (GW), the Norwegian oil, gas and renewable energy producer said.

“Together the partners will contribute significantly to the country’s ongoing energy transition and development of an offshore wind industry in Korea,” Equinor said in a statement.

“The MoU demonstrated another step to firm up our activities and the project portfolio that we have in South Korea,” Equinor spokesperson Magnus Frantzen Eidsvold told Reuters, but did not provide a specific timeline.

The overall plan for 3 GW of capacity is consistent with previous estimates given by Equinor at a capital markets day in June, with the South Korean projects also included in the $23 billion capital expenditure plan for 2021-2026, Eidsvold said.

Equinor already operates a floating wind farm off the coast of Scotland and is also building one in Norwegian waters.

The company said it planned to use its recently announced “Wind Semi” technology for the Donghae and Firefly projects in South Korea.