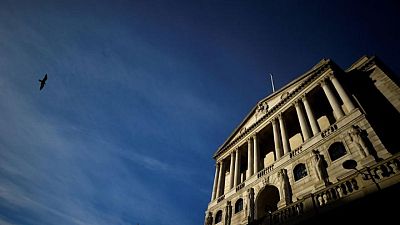 LONDON – The European Union won’t suddenly pull up the “drawbridge” on Britain’s financial services sector, and reducing reliance on the City of London for euro clearing could take years, a top European Commission official said on Tuesday.

The EU executive said last week that EU market participants could continue clearing euro denominated derivatives in London beyond June 2022, when permission was set to expire.

The extra period would allow time to expand the bloc’s capacity in clearing, a core part of the financial system’s plumbing which has become politicised due to Brexit given that the London Stock Exchange clears about 90% of euro denominated swaps.

“The City of London is a global financial centre we will always want to use because it is next door, it’s convenient. The issue here is one of balance,” John Berrigan, head of the commission’s financial services unit, told an event held by Brussels think tank CEPS.

“That balance, we will have to work on in the next few years,” Berrigan said.

Banks say that forcing a shift in euro derivatives clearing from the London Stock Exchange to Deutsche Boerse in Frankfurt would be costly and fragment markets.

Before deciding on the length of Britain’s market access extension, the EU is waiting for a report from the bloc’s markets watchdog ESMA, due in coming weeks. The ESMA report is expected to reach conclusions by year end on whether UK clearers are so systemic that EU business should be shifted to the bloc.

The commission will then see what measures might be required to move clearing and how long would be needed to implement them while minimising costs and stability risks, Berrigan said.

“If you make it open ended, the risk is you will never finish,” Berrigan said. “It’s not drawing on protectionism or drawing on drawbridges, it’s about finding the right balance in terms of our relationship, in terms of our alliances.”

Froukelien Wendt, a member of ESMA‘s clearing supervisory committee, said the report looks at the effect of cutting off EU market participants from clearers in London.

“There are also benefits and they relate to the ability of EU supervisors, EU authorities especially in times of crisis, to access information and to be able to intervene effectively,” Wendt said.

The EU will have to build up “best in class” clearing capacity that is attractive and competitive, Berrigan said.