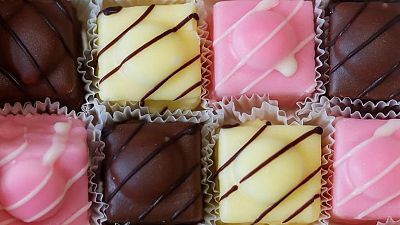 -Premier Foods, the maker of Mr Kipling and Cadbury cakes, plans to spend most of its earnings from the first half of the year on its supply chain, with the UK battling a shortage of food items as it comes out of the pandemic.

The company, which traces its roots to the early 1800s, also said on Tuesday that it was spending to keep higher stock levels going into the Christmas season, citing that as a reason for recording 23.2 million pounds of outflow in the six months to Oct. 2.

Economies across the world have faced a range of hurdles from tighter labour markets to snarled supply chains and a resultant increase in prices as they come out of prolonged lockdowns.

Some of the issues have been exacerbated in Britain by a shortage of workers from the European Union because of Brexit, while post-Brexit trade frictions https://www.reuters.com/world/uk/brexit-has-significantly-altered-irish-british-freight-traffic-report-finds-2021-08-12 also crop up.

Premier Foods noted these hurdles, while drawing attention to the shortage of lorry drivers, who are a key part of the supply chain especially during the festive season when volumes are driven up by gifts and food items as people get together.

“Much of our Christmas volumes have been produced and is now sitting in our warehouses and will be shipped over in the next few weeks. We are the peak of that now, it is essentially done,” Premier Foods boss Alex Whitehouse told a media call.

The company posted 30.7 million pounds in pretax earnings for the six months to Oct. 2, a 39.2% drop compared with a year earlier, and guided to 25 million pounds in capital expenditure (capex) for the year as it invests more across the supply chain.

“With further inflation now evident across a variety of input costs, the Group will be taking a range of actions which it expects will be effective later this financial year,” Premier Foods said.

The company’s shares fell 5% by 0941 GMT after the weaker earnings, while half-year revenue also fell 6.5% to 394.1 million pounds due to a tough comparative with a year earlier, when people cooked more at home due to lockdowns.