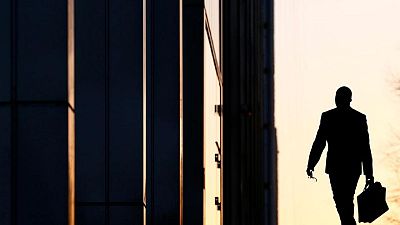 LONDON – Britain’s accounting watchdog published on Tuesday what it believes to be the world’s first regulatory guide to what makes a good audit, to help stem company collapses and continued compliance failings.

It is part of a broad effort to improve auditing standards, with Britain due to set out legislative reforms in coming weeks after failures at retailer BHS, builder Carillion and cafe chain Patisserie Valerie prompted three government-backed reviews.

Nearly all blue chip companies in Britain are audited by EY, Deloitte, PwC or KPMG, known as the Big Four, each of which have been hit by steadily increasing fines from the Financial Reporting Council (FRC) for lapses.

Regulators focus on poor compliance and typically don’t define what is good practice, but there is increased pressure to improve quality given that only 71% of audits inspected by the FRC meet the relevant standards, the rest having to be modified.

“People ask us all of the time what is a good audit,” the FRC said. “We think it’s groundbreaking.”

One example of good practice in the guide is for auditors to robustly challenge what company officials tell them by obtaining direct confirmations from customers to verify that revenue for major contracts has been appropriately recognised, the FRC said.

Arranging meetings with a company’s senior management to challenge their assumptions on impairment of goodwill and going concern judgements is another example.

The FRC said that while accountants are already familiar with good practice highlighted in the guide, they are inconsistent in applying it.

“The big firms know what is a good audit, but they don’t do it all of the time,” the watchdog said, adding that it could also encourage smaller accounting firms to take on audits of bigger companies to increase competition at the top end of the market.