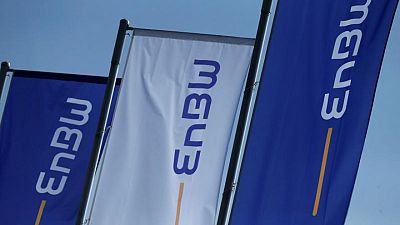 FRANKFURT – German utility EnBW on Monday said household gas customers face steep increases in their gas bills next year as it passes on record wholesale rates but household electricity was unaffected and power for heating would even get cheaper.

Price moves by the southwestern company with a retail customer base of 5.5 million give clues about the general direction for German households which pay some of Europe’s highest rates due to costly support for carbon-free energy, despite having hundreds of suppliers to choose from.

“Costs for EnBW customers have not risen proportionally to those on the energy exchanges,” the utility said, citing its long-term procurement strategies.

Contracts tend to be renewed annually, which can delay the impact of increases for many of Germany’s 41.5 million households while choosing contracts other than standardised ones can also bring individual savings.

Wholesale power has more than doubled this year but a politically supported cut of an important renewable power surcharge within retail bills helped EnBW cushion the blow, it said.

The EEG fee, which accounts for a fifth of overall bills, was cut by 3.7% for 2021, allowing EnBW to keep 2022 prices for supplying household’s sockets unchanged.

It cut power used by heat pumps or storage heaters – comparably a small segment – by between 1.6% and 2.4%.