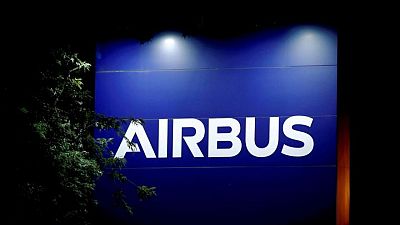 – A pandemic-driven boom in air cargo is providing an auspicious backdrop for Airbus and Boeing to launch new large freighters, but longer-term trends – particularly the strength of the global economic rebound – will determine whether either succeeds.

Airbus bagged its first deal for the freighter version of its A350 jetliner at the Dubai Airshow on Monday – a model the European group hopes will break Boeing’s long-held dominance of the market to fly goods.

Boeing, meantime, is working on a potential freighter variant of its 777X model, though has yet to announce a launch, with possible buyers including major cargo player Qatar Airways.

After losing two years of air passenger growth to the pandemic, the freighter market has been a rare bright spot for planemakers, as a boom in online shopping, supply chain disruptions, and a drop in passenger plane flights – which often also carry cargo in their holds – has stoked demand.

But there are big risks associated with new models, which would only be delivered in the second half of the decade.

These include a rapid recovery in passenger flights, companies shifting to source more goods closer to home, and a growing number of passenger jets being converted to freighters.

There is also huge uncertainty over the strength of the economic recovery from the pandemic and the future of global trade, which was in a slump before the pandemic due to U.S.-China trade tensions that have not been resolved.

Neither company has disclosed the cost of developing the new models.

“Freight-wise, everyone with a plane could make money at the moment,” said Frederic Horst, managing director of Cargo Facts Consulting. “We’re seeing a lot of weird things going on that you wouldn’t normally see. You’re seeing 737 narrowbody freighters flying Europe to Asia.”

Large widebody freighters like the proposed A350 and 777X usually carry denser, trade-linked products like auto parts, semiconductors and pharmaceuticals on long-haul routes from Asia to North America and Europe.

Cargo companies like FedEx and major airlines such as Korean Air Lines and Lufthansa have also benefited from unprecedented disruptions to supply chains and soaring container shipping rates during the health crisis.

Air transport last month was around four to six times as expensive as sea freight, versus 12 to 15 times normally, said Tom Sanderson, director of product marketing at Boeing.

There are grounds for thinking some of the pandemic-driven boosts to air freight will continue.

Airbus, for example, forecasts the e-commerce market will grow 4.7% per year over the next 20 years, compared with 2.7% for general cargo.

“If you get a good price, ordering freighters in the current market is not really audacious,” said independent industry adviser Bertrand Grabowski.

In the depths of the pandemic last year, Boeing, which controls 90% of the freighter market, forecast the global large widebody cargo fleet would rise to 850 planes in 2039 from 610 in 2019 due to growth in demand.

Boeing’s soon-to-be-discontinued 747-8, as well as the 777F and 767F, cannot be produced after 2027 due to new environmental standards unless product changes are made.

Boeing has said it may apply for exemptions to the rules as one of several options under consideration for freight plans.

Yet, analysts say there are also signs some of the pandemic benefits for air freight are starting to fade.

Container rates have begun to fall as supply chain disruptions have eased and some companies bring production closer to home to avoid future shocks.

The burgeoning market to convert 777 passenger planes into freighters – such as the Israel Aerospace Industries (IAI) and AerCap 777-300ER programme set to produce its first freighter next year – could also limit demand for new models.

While the converted planes will not be able to carry denser cargo as effectively as their newly built counterparts, they can ride the boom in e-commerce, said ICF‘s Rubin.

Emirates on Monday signed a deal with IAI to convert four 777-300ERs into freighters, citing its ability to carry high volumes of e-commerce as the key factor. The airline also ordered two more factory built 777 freighters.